WHATEVER TRUMP DOES, COAL'S FUTURE IS DARK

At its peak, in 1923, the US coal industry employed 863,000 people, just over two percent of US workers at that time. Today, coal employs just 50,000 workers, less than .04 percent of the current workforce. Despite Trump's claim that his administration has "ended the war on beautiful, clean coal," and will ". . . put our miners back to work," those jobs are no more likely to come back than those of the blacksmiths and farriers who shod the 25 million horses that plowed furrows and pulled wagons in the US a century ago.

The reason is simple: coal is not only dirty, dangerous and a huge source of climate-disrupting greenhouse gases, it can no longer compete economically with oil, natural gas or renewables. Forbes reports that by 2020, power generated by wind farms and large-scale solar installations will market at an incredibly low price of three cents per kilowatt-hour (kWh). Compare that to the 10 to 14 cents per kWh for coal-generated electricity. You don't need an economics degree to foresee the results.

The prediction by Forbes may already be out of date. In early June, 2018, the Central Arizona Project, the agency responsible for pumping water from the Colorado River throughout Arizona, signed an agreement with Origis Energy USA to buy solar power at the incredibly low rate of 2.49 cents per kilowatt-hour, less than one-quarter the going rate for electricity from coal. Seeing the handwriting on the wall, Northern Indiana Public Service Company, which currently generates 65 percent of its electricity from coal, plans to phase coal out completely within ten years. It will replace coal with a mix of solar, wind, energy storage and demand management. Expected savings to consumers--$4 billion over the next three decades. 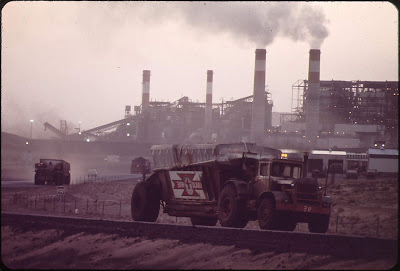 This isn't the case just in the US. According to CleanTechNews, the renewable energy sector employed 10.3 million people worldwide in 2017, adding 500,000 new jobs in the previous year. Large renewable energy projects are currently being bid and contracted at three cents per kWh or less in Dubai, Chile, Abu Dhabi, Mexico and Saudi Arabia. Meanwhile, utilities closed 30 coal-fired plants in 2017 in the US alone, and more in the first months of this year--more than 270 since 2010. 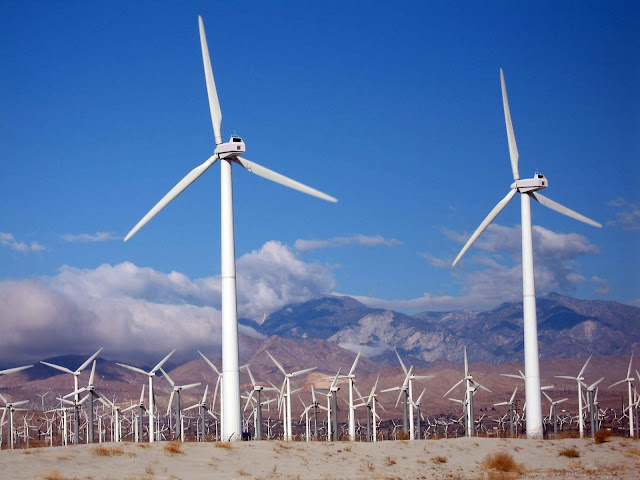 Hammering one more nail in coal's coffin, on June 13, FERC, the Federal Energy Regulatory Commission, voted unanimously not to approve Trump's attempt to use a law dealing with energy distribution in a national emergency to keep coal and nuclear generating plants on life support.

Sorry, Donald, neither the US nor the rest of the world is going back to "beautiful, clean" coal, no matter how many clean air and clean water regulations you remove.

Update: Here's a link to an article pointing out that in many areas it's now cheaper to get energy from a brand-new wind or solar installation than from an existing coal-powered plant.

And here's another report that 75 percent of existing coal-fired generating plants can no longer compete with renewable power sources.

Posted by zerospinzone at 11:39 AM