If you're like me, every so often you come across something--an idea, a talk, an event--that ties all kinds of things together and makes them perfectly clear. This 47-minute video from the New York Times entitled Operation InfeKtion did that for me, putting the drip-by-drip revelations about Russian intervention to divide the US and help elect Trump into the context of Russia's, and before that the Soviet Union's multi-decade practice and perfection of the art of disinformation. 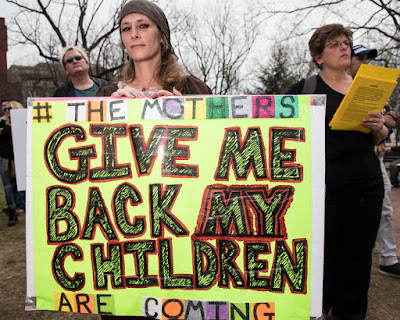 I don't usually take the time to watch videos, but this very clear, well researched and well made piece from the Times was worth every minute. If you want to understand the origin, goals, scope and sophistication of Russia's disinformation apparatus, and how that all came together to stir up confusion and division among Amerians, denigrate Hillary Clinton and boost Trump, click here and watch the video. As I post this piece, the video has been watched by just 145,000 people. It needs to be seen by 145,000,000.

As many commentators have pointed out, the US is far from innocent when it comes to intervening in other nation's elections and internal affairs. Just note the 800 military bases that the US maintains in some 70 countries. However, that fact doesn't relieve us of the responsibility to understand what has been and is still being done to us by a very skillful, practiced and determined adversary, or to at least start to learn how to counter it.

The report reverse-engineers seven key ingredients to a successful disinformation campaign. Once you've seen the list, you'll start to see them everywhere, contributing to the miasma of misinformation and disinformation that we are immersed in. Here they are:

1. Find the cracks in the targeted society.
2. Create a big, dramatic, emotionally charged lie.
3. Wrap that lie around a kernel of truth.
4. Conceal your hand.
5. Find some "useful idiots" to back it up or propagate it.
6. If you're exposed, deny, deny, deny.
7. Play the long game.

To which I would add, in this era of social media, "Repeat, repeat, repeat on as many platforms as possible."

Russia's "meddling" in our 2016 elections may have been their most successful disinformation program, but this documentary shows that it was far from their first, and will not be the last.

Posted by zerospinzone at 7:30 AM No comments:

You may have heard about Greta Thunberg, the 15-year-old Swedish student who made headlines worldwide by skipping school for a month to demand action on climate change by camping out on the steps of the Swedish parliament. 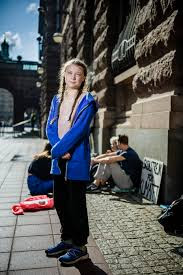 If you haven't heard her remarkable speech at the plenary session of the UN Climate Summit at Katowice, Poland, you need to. Every word rings true, and should make anyone who is not already acting to save the planet get moving now. What an amazing young person--she's like an old-testament prophet in the body of a 15-year-old girl.

You can see her speech here.  Please watch it. Every sentence hits home.

And here's a brief video she made to be played at the Davos meeting of the rich and powerful.

If you need more convincing, you can read more about the importance of her speech at Grist.

And to learn a bit more about this amazing young person, please view her TED talk here.

And her talk to the British Houses of Parliament: You Did Not Act in Time.

3/14/19: Just before tomorrow's global youth manifestation for climate action, Ms. Thunberg has been nominated for the Nobel Peace Prize. What an amazing young person!

Posted by zerospinzone at 8:36 AM No comments: