WE'RE SO CLOSE TO ERADICATING POLIO

As followers of zerospinzone.blogspot.com know from previous posts, I'm enthralled by the goal of not just treating or curing diseases, but eradicating them entirely.

Among human diseases, smallpox was the first to be wiped away, with the last case of a natural infection by this once devastating scourge occurring in October, 1977.

Polio, a paralyzing and sometimes fatal disease that struck down more than 500,000 people per year, most of them children, as recently as the 1940s and '50s, will hopefully be the next to go. Starting with the development of the Salk inactivated virus vaccine in the early 1950s and the Sabin attenuated virus oral vaccine in the early 1960s, polio has been eradicated in country after country, continent after continent, through massive, sustained, costly and often extremely difficult public-health efforts. 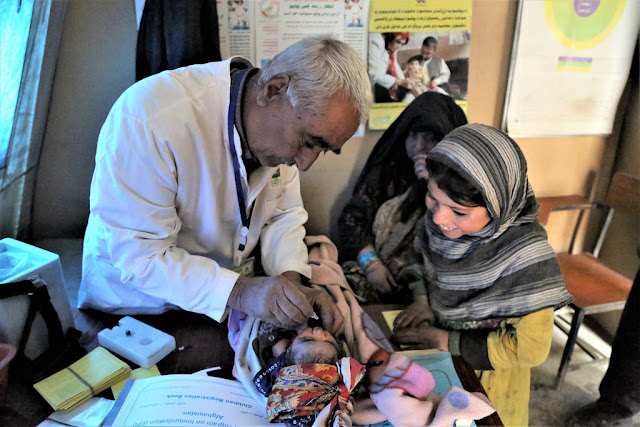 An infant receives the oral polio vaccine at a mobile clinic in Afghanistan, February 15, 2017
Credit: World Health Organization (WHO)/ S.Ramo

This enormous international effort has been incredibly successful. So far this year, only three cases of polio have been diagnosed worldwide, all in war-torn Afghanistan. In other words, the wild polio virus that once circulated freely throughout the world, has now been caged and almost completely destroyed, and now may hang on in just one small corner of one country.

It will still take intense surveillance and continued mass vaccination programs to strike the final blow against this deadly disease and ensure that it can not flare up anywhere every again.

But the world is so very close. What an accomplishment it will be.

Posted by zerospinzone at 8:24 PM No comments:

I maintain a computer file with hundreds of scientific articles about the effects of toxic substances on children.

Arsenic and lead in drinking water. Pesticides and other Persistent Organic Pollutants in the air we breathe, clothing, furniture, building materials, you name it. Some common drugs taken during pregnancy. Hormones and endocrine disrupting chemicals in food, plastics, toys, just about anything that could go into a child's mouth. Chemicals used in fracking that get into the air and water. Fire retardants, fungicides, and many other classes of chemicals. Not to mention the impact of the cocktail of these chemicals that many people carry in their bodies, in breast milk, in their blood. 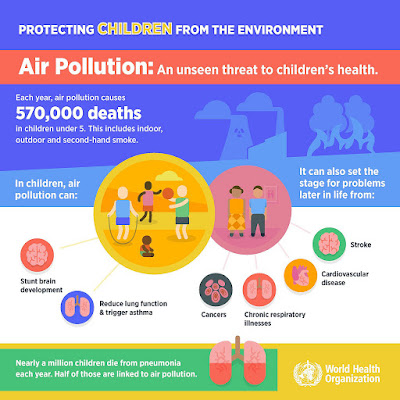 These articles detail the impacts of these toxins on developing children still in the womb, on infants, children, teenagers (and adults too). Autism, attention deficits, abnormal brain activity, birth defects, impaired sleep, impaired learning, reduced IQ, disruptions in the reproductive system, infertility, obesity, cancer, breathing problems, kidney and liver damage--all of these and many more impairments and diseases have been linked to various chemicals that find their way into our children's bodies.

Like research on smoking decades ago and on climate change now, much of this research is controversial or marginalized. The suspect chemicals have important uses in agriculture, energy production, medicine, and many other activities, and add billions of dollars to the economy and to the bottom lines of giant corporations. The companies that manufacture and sell these substances are strongly motivated to keep selling them, and are willing to spend huge sums to question, hide or suppress research that threatens their bottom line, carry out or fund research aimed at sowing doubt about such threatening findings; and in many cases demean or threaten researchers who are brave enough to research these links.

Still, this body of research has been used by governments around the world, and by the US, to develop legislation to ban some of the most deadly chemicals, reduce and control the use of many others, and protect the health of children and adults.

In the US, the Environmental Protection Agency (EPA) has been one of the major sources of funding for research on the impacts of known or potential toxins, through its National Center for Environmental Research (NCER). The NCER funded millions of dollars of research on the risks to children from potentially dangerous substances. Until now, that is.

Trump's appointee to head the EPA, Scott Pruitt, has decided to kill the NCER, as announced on February 26, 2018. The gutting of the program is couched as an efficiency measure, but is in line with Trump and Pruitt's goals of reducing regulations and risks for corporations, unfortunately at the expense of America's children.

In 1965, comedian Tom Lehrer satirized the extent of pollution that Americans were then being exposed to in the song "Pollution" on his album That Was the Year That Was. The song opens with:

If you visit American cith
You will find it very pretty
Just two things of which you must beware:
Don't drink the water and don't breath the air!

The EPA was created five years later, in December of 1970. Over the years, it did a lot to clean up America's polluted rivers, lakes, industrial sites, cities and skies. However, under Trump and Pruitt, we seem to be turning back the clock to those bad old days, when, as Lehrer concluded:

So go to the city, see the crazy people there
Like lambs to the slaughter
They're drinking the water
And breathing the air

Posted by zerospinzone at 8:29 PM No comments:

When I learned last December that AlphaZero, an artificial intelligence developed by Google subsidiary DeepMind, had soared from a completely "blank slate" to superhuman play in Chess, Go, and Shogi (a Japanese variant of chess) in a matter of hours, just by playing against itself, I realized that artificial intelligence is advancing far faster than most of us realize, and to superhuman, and potentially dangerous levels of capability.

You can read my description of AlphaZero's explosive mastery of Chess, Shogi and Go on OpEdNews or from an earlier post on zerospinzone.

AlphaZero's prowess led me do a lot of reading and research about the pace of AI progress, especially in the rapidly advancing areas of deep learning by deep neural networks. 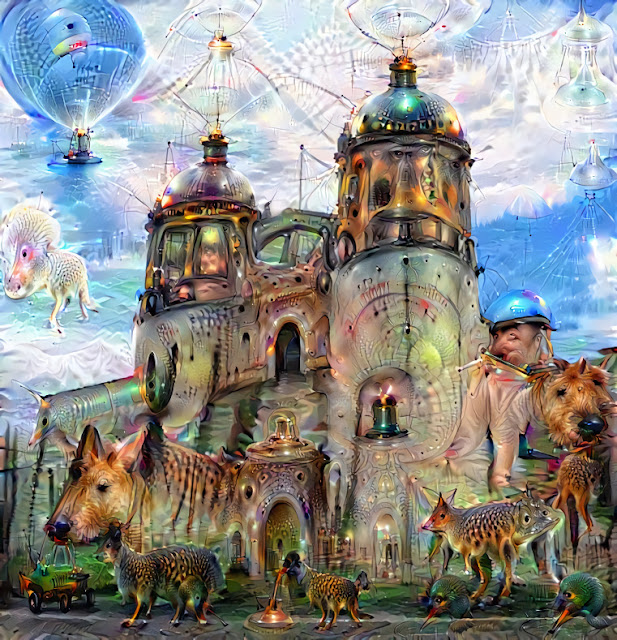 What I found out is that it's much worse than I thought.

Multiple groups worldwide are researching and developing increasingly powerful AI agents. These artificial intelligences have already surged past humans in many specific areas--not just games, but face and pattern recognition, medical diagnostics, reading comprehension, drug discovery and many other areas. Looming just ahead are AIs that will be smarter--possibly many times smarter--than any human in every important area. Not to mention super-intelligent AIs that can design and create other AIs that are even smarter, leading to an "intelligence explosion" whose impacts and risks are impossible to predict.

As several of the experts who have looked into this most deeply have pointed out, less intelligent species--think chimpanzees, gorillas or our close cousins the Neanderthals--typically don't fare well once a more intelligent species emerges.

A few farsighted individuals and groups have started to look into "the control problem"--how we might be able to create superhuman-but-friendly AIs, agents that will keep our best interests at heart even as they grow smarter and smarter. This turns out to be an extremely challenging problem. Meanwhile, hundreds of much better funded research groups--including many developing AI for military use-- are rushing ahead without giving the risks from the AIs they are developing much if any thought.

If you would like to look into this potential existential risk a bit further, here are some resources:


Center for the Study of Existential Risk (Cambridge, UK): cser.ac.uk

Deep dreaming: deepdreamgenerator.com (site where you can create your own “deep dreams.”

“Artificial Intelligence as a Positive and Negative Factor in Global Risk”             (2008)
Can be downloaded at: intelligence.org/files/AIPosNegFactor.pdf

James Barrat: Our Final Invention: Artificial Intelligence and the End of the Human Era (2015)--excellent introduction to these issues

Pedro Domingos: The Master Algorithm: How the Quest for the Ultimate Learning Machine Will Remake Our World (2018)

I'd suggest starting with James Barrat's extremely well-researched book, Our Final Invention: Artificial Intelligence and the End of the Human Era.

And for a super-deep dive into the issue, Oxford philosopher Nick Bostrom's Superintelligence: Paths, Dangers, Strategies.