Education Secretary Betsy DeVos has now undone Obama-era regulations that protected campus victims of sexual assault, and Scott Pruitt just eviscerated Obama's Clean Power Plan. Those are just two pebbles in a bucketful of progressive changes implemented during the Obama administration that Trump, his appointees, and the current Republican-dominated Congress have erased or reversed, with more to come.

The list of Obama-era policies that have already been erased includes expansion of overtime pay, rules to reduce race-based pay differences, protections for women workers, rules to protect investors, a phase-out of private prisons, protections for voters, protections for the Arctic, fracking regulations, fuel-efficiency standards, and of course the Paris Climate Agreement and Obama's clean power plan. Next on the chopping block, the Iran nuclear deal.

The pattern is so clear that we think it's fair to say that a deep, underlying drive shared by Trump and his allies is to undo everything that Obama accomplished during his eight years as President, no matter the merits. Given that Trump kick-started his campaign by weaponizing the rumor that Obama was not born in the United States--birtherism--and so was not a legitimate President, it doesn't seem that far-fetched to infer that Trump and many of his supporters would be delighted simply to erase Obama, 1984-style, from the history books.

Ever helpful, here's a sample from the forthcoming edition of The Real True Americans: Fair and Balanced American History for Real American High School Students: 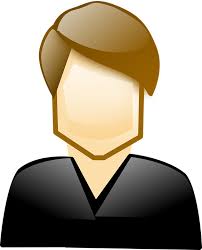 Posted by zerospinzone at 9:57 AM No comments: