Sex Sells!  The Ad man’s motto since modern advertising began has never been truer or more evident than in our latest “Cultural Moment” of coming to terms with sexual misconduct itself.

Is it just coincidental that just as the most momentous tax shift in recent history is working its way through the halls of Congress, potentially affecting the entire economy and every American’s life for decades to come, the news is dominated with story after story of sexual misconduct by powerful men?

Sex sells because of both its attractive and repulsive qualities.  But its most notable quality at present is its tremendous power to distract.  Certainly the issues raised by overly aggressive or predatory behavior need to be vigorously aired and legal or social boundaries re-defined.  But with its magnetic public appeal, sex is dangerously drawing media and national attention away from other critical issues: in particular the egregious Republican effort to shift the tax burden from corporations and the already-wealthy to nearly everyone else. 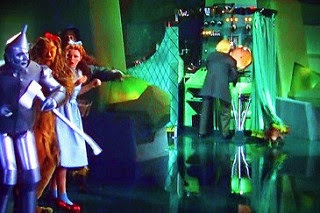 "Pay no attention to that man behind the curtain"
The Wizard of Oz, 1939
Credit: Creative Commons


The role that mainstream media might be playing in explaining and analyzing the tax “sausage” as it’s being made in unseemly haste in private party caucuses, without open hearings, serious debate or attempts to assemble a bipartisan coalition has somehow been superseded by the demands of reporting on the latest sexual harassment scandals.

From Roy Moore to Harvey Weinstein to Al Franken and now Charlie Rose (with the specter of Donald Trump’s behavior looming in the background) sex has dominated both the news and the debate over national ethics and morals.  One result, New York Times columnist Michelle Goldberg has pointedly noted is that because of their responsiveness to issues of sexism, it “feels as if liberal institutions are devouring themselves over sex while conservatives, unburdened by the pretense of caring about gender equality, blithely continue their misrule.”

This is the climate in which a massive, detailed and highly controversial tax bill which permanently cuts corporate taxes from 35% to 20% and ends the estate tax while greatly reducing, phasing out or eliminating middle class benefits such as deductions for medical costs, state and local taxes, school loans and mortgage interest is being rushed through Congress. Not to mention the recent approval of more than a trillion dollar addition to the national debt which seems miraculously to have left deficit hawks in the GOP unfazed!

All under the guise of tax reform—surely a topic worthy of everyone’s serious attention—but now being railroaded by the demands of major donors and a Senate rules deadline.

Donald Trump’s election and presidency, for complex reasons, has clearly allowed a number of previously repressed and unresolved national issues to rise to the surface, some largely symbolic such as the removal of Confederate statues, and others such as sexism and racism  painfully real.

Yet behind the scenes, and certainly taking advantage of the fortunate distractions provided by juicy sexual scandals, Trump’s tweets about black athletes disrespecting the flag, and border walls, powerful and very determined masters of the universe are moving to alter the basic economic ground on which we all stand.  Whether by design or coincidence, the explosive “cultural moment” provided by our current obsession with sexual wrongdoing may just create the necessary conditions to allow them to prevail.


Les Adler
Posted by zerospinzone at 5:42 PM No comments:

AND THEN THERE WERE THREE (MULTI-BILLIONAIRES)

According to the Institute for Policy Studies, three men--Bill Gates, Jeff Bezos and Warren Buffett--now own more wealth than the poorest 50 percent of the US population. That's three individuals versus more than 162 million. 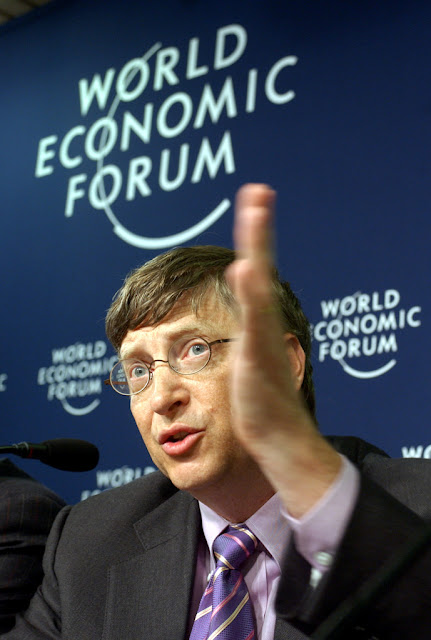 
To get a sense of the enormity of this inequality, let's represent the average wealth of those 162 million people--a bit more than $1500 per person--by someone six feet tall. Then Bill Gates--worth $89 billion--would stand over 66,000 miles tall in comparison--towering more than one-quarter of the way to the moon! Jeff Bezos, Amazon's CEO has done well this year; on this scale he'd tower 72,000 miles. They would both dwarf "poor" Warren Buffett, who would barely top 62,000 miles.

If we total up the wealth of the Forbes list of the 400 richest Americans we find that they own as much as the lower two-thirds of the American population, more than 200 million people, or 80 million households.

Most Americans don't begrudge rich people their wealth, believing rightly or wrongly that much of it was earned through talent, intelligence and hard work, and hoping that they too might someday join their ranks. However, they may be less forgiving when they realize that the ultra rich  leverage that wealth into near-total control over our political system and government. A recent study matched what many of us feel, showing that what most voters want simply doesn't count, while the demands of economic elites and well-funded special interest groups consistently win out in terms of legislation, policy and regulation.

Nor is there much reason to believe that the super rich take the needs of their poorer fellow-citizens into account as they groom candidates and influence elections, lawmakers and the executive branch of government. One can imagine that from the perspective of 72,000 miles, those 162 million people look like little more than grains of dust. Perhaps we should re-write "We the people . . ." to read "Wee the people . . ."

There are plenty of commentators, including many economists, who argue that this kind of inequality is inevitable, a necessary result of the grim laws of economics. That this is false can be seen by the fact that many countries--including well-off, highly developed nations such as Denmark, Sweden, Germany, New Zealand and the Netherlands--share their wealth much more equitably than here in the US. It's clear that laws protecting workers and unions, curbing corporate abuses, and reining in financial speculation do make a difference, as do policies using tax revenues to support health, education and equal opportunity across ethnic, class and gender lines.

According to the World Economic Forum, the US ranks 23rd out of 30 developed countries in terms of "inclusive development"--a measure of how fairly income, health and opportunity are distributed. That means that 22 thriving countries do it better than we do.

Solving any problem first requires recognizing that the problem exists, then deciding that there are steps we can take to solve it. If the fact that three individuals have more wealth--and the power and influence that goes with it-- than 162 million of us doesn't set off alarm bells about our democracy, I don't know what could. Shall we wait until just one person has more wealth and power than 50 percent of us? 60 percent? 90 percent?

We may not be able to change the laws of economics, but we can change the laws, policies and practices that push millions of Americans into poverty and debt while showering more and more wealth on the already wealthy. A good start would be to defeat the current Republican tax "reform," which will further enrich the richest few at the expense of most of the rest of us, not just the poor, but also much of the middle class, seniors and students.

More on inequity at my post "Winner take all: 7 richest men own more than poorest 3.8 billion people."

Posted by zerospinzone at 6:29 PM No comments: