The real wealth of nations: Can economists see green beyond the greenback?

Ever since Homo habilis first shaped stones into tools and left the flakes where they fell, we have extracted value from the natural world and relied on it to deal with our waste.

It’s not news that nature has been the primary source of our wealth and the major sink for our waste. What is remarkable is that from the Pleistocene to today, we’ve never actually accounted for the value of the resources we exploit or the services nature provides.

We can hardly fault H. habilis bands for failing to apply econometrics to their budget of stone tools and edible plants and animals. However, at a point when the well being of most of the world’s inhabitants can crash along with the Dow Jones Industrial Average, when every nation’s status. stature and prospects are measured by the rate of change in its Gross Domestic Product (GDP), and when individuals and nations are arguing fiercely about how much we can sustainably extract from or dump into the environment, maybe it’s time we start to evaluate—and hence properly value--what nature provides.

That’s certainly the opinion of Partha Dasgupta, a professor of economics at and the . In a recent paper in Philosophical Transactions of The Royal Society B (doi: 10.1098/rstb.2009.0231), he argues that neither the GDP nor indices like the UN’s Human Development Index (HDI), which measures human factors such as health, education and standard of living, even begin to measure whether or not a nation or region is truly getting richer or poorer, or developing in a way that can be sustained.

“None of the development indicators currently in use is able to reveal whether development has been, or is expected to be sustainable,” he writes. One result is that nature is both underpriced and overexploited. Dasgupta has been trying for years to get his colleagues to start to measure what he calls the comprehensive wealth of nations, including the heretofore uncounted value of aquifers, fisheries, forests, estuaries, the atmosphere, and ecosystems, and fold those measurements into mainstream economic models, planning, and decision making.

Economics has been phenomenally successful in shaping the way decision makers at all levels think about and evaluate progress, Dasgupta says. In particular, GDP has become the canonical measure of development and the wealth of nations, and guides the economic choices and policies of every country.

The problem with GDP, says Dasgupta, is that it’s both inadequate and misleading.

It’s inadequate in that, although it is used to measure of the wealth of nations, it leaves out a vital part of that wealth--natural capital. It’s misleading because nations relying on GDP to measure progress can easily find themselves looking richer on paper, while in fact they are becoming poorer by degrading their natural resources. While conservationists have been warning of this for years, Dasgupta is one of the first economists to have the data to prove it.

In his recent article, Dasgupta traces the development of five countries, , , , and from 1970 through 2000. All five show seemingly healthy growth as measured by GDP, per capita GDP, and even HDI (Human Development Index, a composite measure of GDP per person, life expectancy, and education).

The catch is that when Dasgupta includes even a partial evaluation of the wealth lost through depleted natural resources and degraded ecosystem services, the balance sheets of four of those five countries shift into the red. Even as their GDPs and HDIs told these nations that they were getting richer, they were actually getting poorer; their development was unsustainable.

Research in this area has been surprisingly sparse, but consistent in showing that even valuing a small subset of their natural resources reveals that many nations are buying GDP growth at the expense of real wealth. “If I had all the numbers,” Dasgupta says, “it would be even worse.”

Although Dasgupta says that some of his colleagues continue to view nature as if it were an infinite source of resources and an equally infinite sink for waste products, most now accept that, in principal, it’s important to value natural capital. And most economists, he says, now grasp something he proved mathematically a decade ago, that it’s possible to develop a measure of comprehensive wealth that would incorporate nature and reflect human well being better than the GDP or the HDI.

This represents progress, but it seems painfully slow as forests continue to be razed, fisheries depleted, and carbon dioxide pumped into the atmosphere at a record pace.

The good news, says Dasgupta, is that the World Bank and UNEP, the United Nations Environment Programme, are just now starting a project that will produce a world wealth report every two years. Initially this report will include just a few of the better-measured aspects of natural capital such as fisheries, but it will add other natural resources and ecosystem services over time. “This is the first systematic attempt to value natural capital for the whole world,” says Dasgupta, “It has never been done before.”

If all goes well, in a few years we may be able to punch a few keys and retrieve some realistic measures of the value of our natural resources and ecosystems. More importantly, decision makers will have actual data to show if their nation is developing sustainably or needs to change course.

If Dasgupta and his colleagues are right, it’s a vital step that comes not a moment too soon. 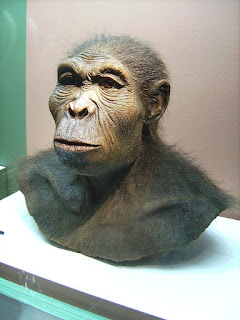 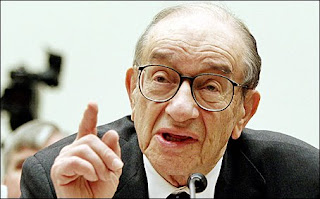 
REA for the institute

Posted by zerospinzone at 9:32 AM 2 comments: