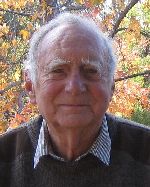 Profile: Once a doctor, always a doctor. In retirement, British-born Australian physician Bryan Furnass has simply shifted his focus to “external medicine,” that is, the health of the planet. He argues that we need to exit the unsustainable Anthropocene era as soon as possible and create a new epoch which he dubs the Sustainocene.


What is the Sustainocene, and what led you to coin the word?

Kenneth Boulding, an English economist and chief advisory to John Kennedy said that the only two kinds of people who believe in perpetual growth on a limited planet are economists and madmen. But the present emphasis throughout most countries is on growth, economic growth in particular, grossly neglecting environmental sustainability. To solve this problem we need a new type of thinking, as Albert Einstein said.


Atmospheric chemist Paul Crutzen, a Nobel Prize winner, and his colleagues, started that process by naming the present era of human-induced climate change the Anthropocene. I'm saying that if business as usual goes on, if we allow the Anthropocene to continue unchecked, a large number of species, including our own, will be devastated by the end of this century. Researchers at the Global Footprint Network maintain that if poor countries were to adopt the present lifestyles of the rich, we would need four more planets to survive.


In other words, we need a new era, which I like to call the Sustainocene.


This neologism is not acceptable by most climate scientists, since the required change must occur within decades rather than thousands of years. A major exception is Daniel Nocera, professor of energy at Harvard University, who is promoting the technology of artificial photosynthesis, which could provide energy to economically poor as well as affluent populations, reducing inequalities.


What would define this new era?

The key feature would be that everything we do, politics, government, science and technology, would take into account four components – social, environmental, economic and personal lifestyle sustainability. We humans have grossly neglected environmental sustainability. At the moment the environment is at the bottom of the list and economics is at the top. We need all four components to work in conjunction with each other.


The Sustainocene is about being conscious, about the plants and animals around us, about what we eat, about what we do, about the gross inequalities in society, about real human happiness. The crux of sustainability is to work with rather than against nature.


What do you hope your idea of the Sustainocene will accomplish?

I hope it will make people realize that we're in a new epoch, a new era. If the idea could catch on as a new age in human development, it could help make people think. Bertrand Russell once provocatively announced that many people would rather face death by torture than to think. This is not just a local problem, it's a change as great as that which occurred about 10,000 years ago, when we left hunter-gathering and entered the Holocene, a fairly stable era, with food security. Now we've entered a very unstable era, the Anthropocene. We can no longer think about business as usual. Since we can't go back; instead we must metamorphose the Anthropocene to become sustainable.


What do you mean by “external medicine”?


One example is local particulate pollution – small particles measuring 2.5 microns or less from coal and diesel pollution – which is often neglected by climatologists. My sensitivity to this was ignited by growing up pre-war in the industrial city of Manchester in northwest England, when impenetrable acrid smogs reduced visibility to one metre; the only viable form of transport being electric trams followed by a trail of cars which finished up in the tram depot! When I was a house physician during the Great London Smog of 1952, 4000 people died of cardio-respiratory failure. The Clean Air Act of 1956, which banned the burning of coal in open fires considerably reduced such disasters.

Unfortunately, lethal particulate pollution has been repeated in the mega cities of the developing world as they have increased the combustion of fossil fuels exponentially. Ironically, at the start of the recent climate change conference in Paris, an environmental emergency was declared for Beijing, its mayor having stated the previous year that his city was “unlivable.”


If Earth is your patient, what's your treatment plan?

How to turn the politics around? That's an extremely good question, and a very difficult one. We need to grow in wisdom, but that's a difficult thing to attain. I think most governments are acting unwisely, but I can give you one example where wisdom works. A very undeveloped country in West Africa, Sierra Leone, was incredibly poor and mostly illiterate. Someone had the idea of introducing solar panels to generate electricity to cook food, and so children could read at night, and people could access the internet. The literacy rate has gone up and even poor children are going to university. The key to population stabilisation is education. Girls who are literate and who have had an education will not have as many children. So education is one of the pillars of sustainability.


My own feeling is is that women are wiser and more sensible than men in this way. I think that women can see far ahead, can see that we must preserve the environment that we live in. This may be a sexist point of view, but I really think that men are experts at harming and killing members of their own species, for example in domestic violence and warfare. If there were more women in power, we could be more optimistic about the future.


We need to be less individualistic, to have more of a social contract. You cannot have a sustainable society while there are such gross inequalities in wealth. One percent of the world's population owns 50 percent of its wealth. Power is concentrated in the hands of a few, who are not necessarily the wisest few. So we must diminish these gross inequalities.


We also need to listen to the few ecological economists, people like Herman Daly, Kenneth Boulding and E.F. Schumacher. Economy and ecology derive from the same Greek word, ecos, home. But most economists have been seduced by the ideas of endless growth and material gain – GDP – as the only things that matter in life. Ecological economists recognize the value of nature, that we are part of nature, and also of families, communities, and future generations that economists typically ignore.


They've also found that people or societies that are ultra-rich are not necessarilyhappy. From my background as a physician, I think we need a focus not on wealth, but on well-being. We need to have a little more growth in wisdom, that material goods are really not satisfying for people, and to be rich is not necessarily to be happy. I think that human happiness is something we should aim for, like in Bhutan, where they want to replace the gross national product with gross nationalhappiness as an indicator of progress.


Obviously, economic principles are necessary to run a society, but not to dominate its thinking. Economics without ecology means disaster.


What role do you see technology playing?

There's enormous potential for clean, renewable energy notably from a cocktail of solar thermal, photovoltaic, geothermal, wind, wave and tidal power. Storage of power poses a problem, but technologies are now available to store enough power in batteries for transport, domestic and industrial use. Renewable energy can now be used to attach hydrogen to nitrogen as anhydrous ammonia, which was used to drive light rail in New Orleans in the late 19th Century and buses in Brussels during the Second World War. Ammonia as a fuel is now being used in Canada and the US, with ongoing research into ammonia fuel cells, against objections by the fossil fuel industries.


The research by Daniel Nocera and his colleagues on artificial photosynthesis also shows great promise for the world's future. There's lots of evidence that renewable energy can be economically competitive with fossil fuels. We also need to use energy more efficiently instead of wasting it the way we do.


On the other side of the energy equation, primary prevention must be addressed. The widespread plunder of forests, which absorb carbon dioxide, must be curtailed, and the land used instead for organic agriculture to feed the expected growth of an additional 3 billion people.


James Hansen, a senior physicist in NASA, summarizes the required change as moving from a carbon economy to a photon economy. I think the main obstacle on both sides is not technical or scientific; it's political.


What's your prognosis for the patient?

Right now, the Anthropocene continues on its lethal way with the opening of new coal mines and gas wells instead of installing economically competitive renewable energy. The problems confronting us in the Anthropocene may be summarized as the “three Ps,” namely Population, Pollution and Poverty. Metamorphosis to the Sustainocene will require application of the three “Es,” namely Ecology, Education and Ethics.


I have seven grandchildren, and I think about their future rather anxiously. Anyone with humanity in their bones thinks about their grandchildren, and business as usual will put them at hazard. But if the word Sustainocene catches on, it might help – “from little things, big things grow,” as in the case of acorns.

We should remember the ancient Greek proverb that wise men plant trees under whose shade they will not sit.

Posted by zerospinzone at 7:08 PM No comments: