Geologists are not the most radical or wild-eyed of scientists. In keeping with the rocks and strata they study, they tend to think in terms of millions or billions of years, and changes that occur, let us say, glacially.

So when the International Union of Geological Sciences announces that it's in the process of formalizing the demise of the Holocene Epoch, the climatic and geological cradle in which civilization has been developing for the past 11,000 years or so, and usher us into the uncharted, unpredictable, human-dominated Anthropocene, we'd best take notice. 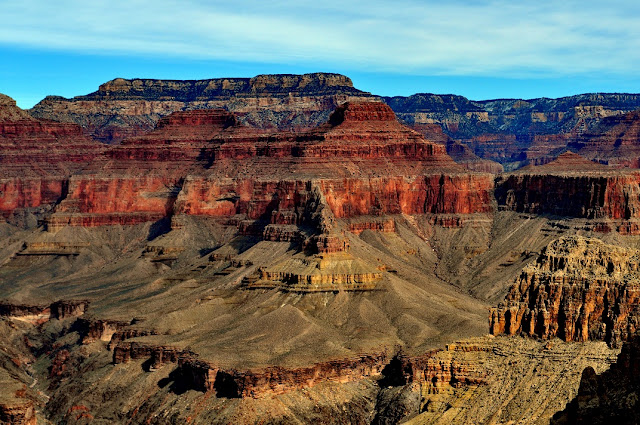 Millions of years of sedimentary layers in the Grand Canyon
Credit: USGS

The Holocene is the climatically benign epoch in which all of human civilization has unfolded. In the year 2000, Nobel prize winning atmospheric chemist Paul Crutzen and biologist Eugene Stoermer floated the idea that human activities rather than natural processes were now dominating Earth's biology and geology, and proposed that this be recognized as a new geological epoch, the Anthropocene. After several years of deliberations, The Working Group on the 'Anthropocene' says it's time to formalize that idea. 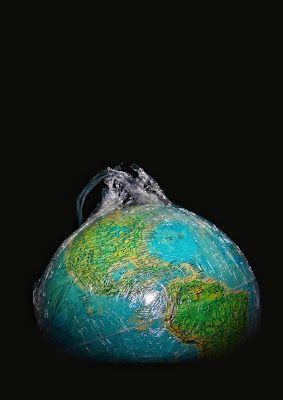 The process, including further research to settle on one or more "golden spikes"--locations where the stratigraphic signature of human impacts is clearest--could take several years.

Clearly, it's no small thing to end one geological epoch and start another. "The Time Scale is the backbone of our science," says paleobiologist Jan Zalasiewicz, a member of the Working Group. "We do not treat it lightly at all." However, the Working Group has amassed convincing evidence that the Anthropocene is real.

They note that since the middle of the 20th Century, the Earth System has seen markedly accelerated erosion and sedimentation, major perturbations to the cycles of carbon, nitrogen, phosphorous and other elements, significant changes to climate and sea level, unprecedented changes in the distribution of plants and animals, and a marked reduction in biodiversity, all caused by human activities.

From the purely geological point of view, these changes have left clear and permanent signals in recent strata, including the presence of plastic, aluminum, concrete, fly ash and radioactive fallout. 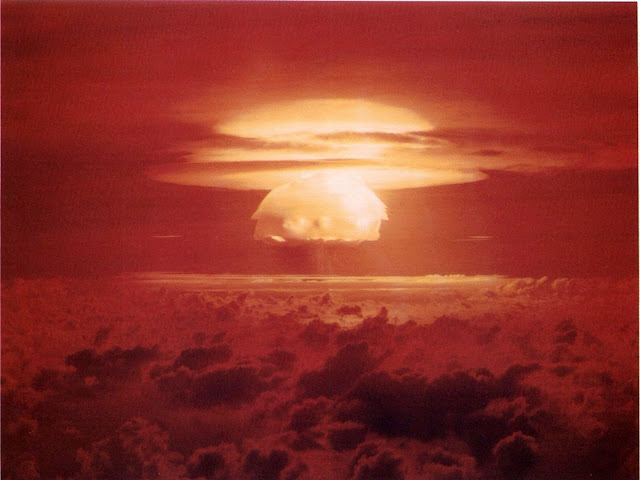 Hydrogen bomb blast over Bikini Atoll, March 1, 1954, one of many
nuclear blasts whose fallout contributes to the Anthropocene signal
Credit: Wikipedia

Of the 35 members of the Working Group, 34 agreed that the Anthropocene is stratigraphically real, and 30 concurred that it should formally be made a new Epoch within the Geological Time Scale.

Of course this formal recognition that we are living in an epoch dominated more by humans than by nature goes far beyond the discipline of geology. This recognition that our combined activities are impacting not just the atmosphere and climate, but the very rocks beneath our feet, tells us in no uncertain terms that the time for climate-change denial is long past and the time for concerted action overdue.

"The Earth System has, in a a real sense, begun a new trajectory," says Zalasiewicz. "The Anthropocene - beyond its formal expression in geology - seems to be useful to people as a means of grasping the scale in time and space of what is going on, and of linking myriad human activities with with the wide range of impacts on the natural world. Hopefully it may help us understand, control and adapt to those impacts."

You can read about a visionary call for concerted action to create a sustainable world here.

You can view a detailed presentation on the Anthropocene by Prof. Zalasiewicz at this URL.

You can read here an update from 1/15/18 about how scientists worldwide are homing in on an official "golden spike" that will mark the onset of the anthropocene, probably between 1952 and 1955. This comment is worth noting:


Professor Mark Williams [a geologist at the University of Leicester] said: “The range of environments we are working with is remarkable – from polar ice and snow layers to deep lake and sea floors to the skeletons of reef corals and stalactites in caves. The fact that signals of the Anthropocene are so sharply visible in all of these shows just how pervasive human impact has been on the planet in post-war times.”

Posted by zerospinzone at 5:00 AM No comments:

Astronomers have discovered an earthlike planet orbiting Proxima Centauri--the star closest to our sun. "It's the closest extra-terrestrial planet that will ever be found--there are no stars closer to Earth," says Guillem Anglada-Escude, at Queen Mary University of London, and one of the authors of the Nature article detailing the discovery.

Finding that our closest celestial neighbor harbors a small, rocky planet similar to Earth in the star's temperate zone suggests that potentially habitable earthlike planets are far from rare. Proxima Centauri is a red dwarf, smaller, cooler and less massive than the sun. M dwarfs like Proxima Centauri are the most abundant stars in the Milky Way Galaxy. Since M dwarfs live much longer than stars like our sun, life could have ample time to develop on their planets. "If only a small fraction of M dwarfs have temperate-zone planets, our Galaxy could be teeming with life," writes Artie Hatzes, an astronomer at the Thuringian State Obsevatory, in Germany. 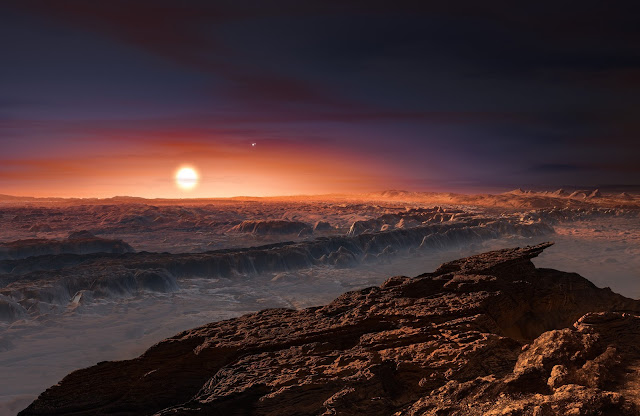 The newly discovered planet circles Proxima Centauri well within the star's habitable zone--the so-called Goldilocks region that's neither too hot nor too cold for liquid water to exist on the planet's surface. The researchers calculate that Proxima b receives less heat from its star than Earth gets from the sun, but add that an atmosphere, if it has one, could boost its surface temperature enough to keep water from freezing or boiling away, just as Earth's atmosphere does for us. 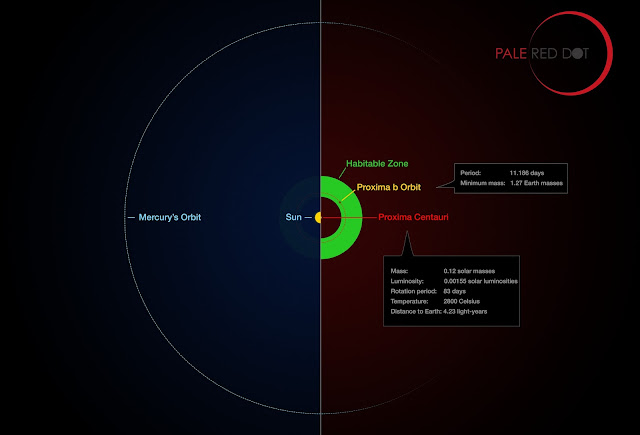 Graphic showing that Proxima b orbits very close to its star, and within the star's habitable zone. Mercury's orbit around our sun is shown for comparison.
Credit: ESO/M.Kornmesser/G. Coleman

Although potentially habitable, Proxima B is by no means Earth's twin. It's at least 1.3 times as massive as Earth, its "year" is only 11.2 days long, and, like Mercury in our solar system, it's almost certainly tidally locked, with one side always facing its star. It's also blasted by far more high-energy particles and radiation than Earth, perhaps 100 times as much. Despite these differences, the researchers think a protective atmosphere could remain. "None of this excludes the existence of an atmosphere or of water," says Ansgar Reiners, an astrophysicist at the University of Gottingen.

Although astronomers saw the first hints of a planet around Proxima Centauri more than a decade ago, it took months of detailed observations by an international team using the state-of-the-art ESO telescopes in Chile earlier this year to confirm its existence beyond doubt. "When we combined the old and new data, the significance went sky high," says Anglada-Escude.

Researchers would love to learn more about Proxima b, starting with whether it does have an atmosphere and if so, what it's composed of. Another key question is whether the planet has a magnetic field like Earth's, strong enough to protect the atmosphere (and any life the planet might harbor) from stellar flares.

Although the planet is "just" 4.2 light-years away, it would take thousands of years to send a spacecraft to study it, using current technology. (Russian billionare Yuri Milner hopes to change that by using powerful laser blasts from Earth to boost smartphone-sized spacecraft to 20 percent of the speed of light. If his project, called Breakthrough Starshot, succeeds, it could speed a probe to Proxima Centauri in just 20 years).

Still, the star is close enough that the next generation of space telescopes could detect and analyze light from Proxima b and its atmosphere by blocking out light from the star. "We know the planet and its period," says Anglada-Escude. "So in the next months or years we can design an instrument to measure its properties. That will be a priority."

You can view an excellent video about the discovery, from Nature, at this URL. 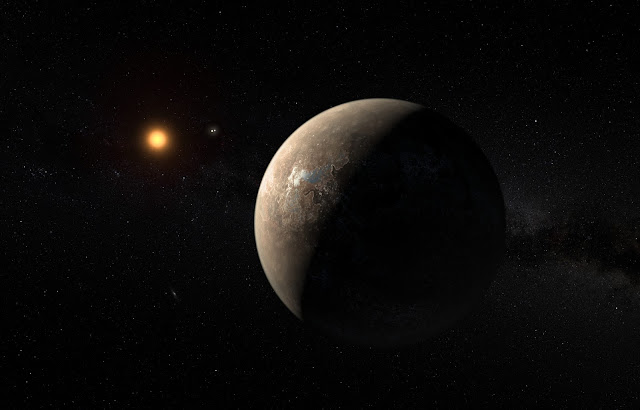 
Posted by zerospinzone at 10:00 AM No comments: