Last year, Elon Musk made the State of South Australia an offer they couldn't refuse. He promised to install the world's largest lithium-ion battery in 100 days and at a bargain price in order to store surplus power from the Hornsdale Wind Farm and use it to stabilize South Australia's power grid.

The crash project has been enormously successful. In the first four months of operation it saved the state government $35 million (Australian dollars, equal to $26.3 million US). That's an amazing return on investment, given that the project cost the state just $50 million (37.5 million US). It looks as though it will pay for itself within its first 18 months. 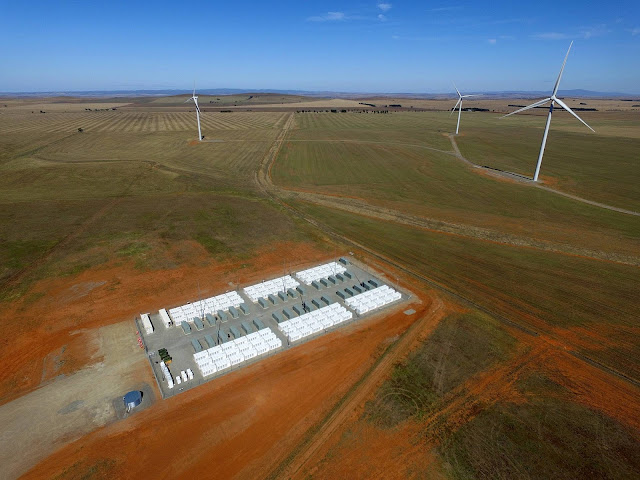 The giant battery's primary function is to stabilize the frequency of electricity flowing through the state's power grid. When a generator or transmission line goes down, the grid frequency drops until backup power can fill the gap. If there's insufficient backup, disruptive brownouts or blackouts occur. But even if a backup plant comes on line or power can be purchased from a neighboring grid, the price of that stopgap power can soar. A grid operator might have to pay $10,000 or more per megawatt-hour, compared to a normal price of $150 or less.

Most of the $35 million that the huge battery saved the South Australian government came from the battery's ability to switch on and re-stabilize the grid extremely quickly--within 200 milliseconds, far faster than other kinds of backup power plants. According to RenewEconomy, the battery now commands 55 percent of the stabilization market in South Australia, and has reduced the cost of back-up power by a stunning 90 percent.

Critics of renewable energy cite intermittency--the fluctuating supply of energy from wind and solar--as a major obstacle to the urgently-needed transformation to renewables. Although the Hornsdale project shows convincingly that batteries can solve the short-term back-up power problem, the battery doesn't store enough energy to make coal or gas power plants obsolete. But it's clearly a step in the right direction. South Australia agrees, with several giant battery projects being developed in the state, and several more in other parts of Australia.

---------
Here's an interesting and extremely positive follow-up to the above story. Basically, South Australia's continuing development of carbon-free energy, including storage, has been an incredible success.

Posted by zerospinzone at 6:14 PM

ConFlow Power acts like a battery and looks like a battery but actually is a generator, essentially regenerating its own power using a combination of Nanotechnology and the atmosphere. For Due Diligence purposes prior to the closing, the ConFlow device has discharged and recharged itself over 200 times inside ILOCX’s own lab conditions.

Edward Fitzpatrick, CEO of ILOCX said “Combining revolutionary technology with our ILO platform was our number one objective. Allowing early to mid-stage businesses to get access to the capital and the support they need was the focus. We instinctively knew this would lead to a world-changing technology that we could participate in and take to market with a firm and conscious strategy. This is a pinnacle moment for our platform and the entire energy sector.”

The current prototype units have all performed impeccably under various conditions, however, further investigation will be undertaken. ConFlow Power is now ready to commence a series of vigorous and vital testing applications to establish the key components for a full market launch. The manufacturing cost is low, with no harmful components and no need for lithium, or any other mined materials.

The company is in late-stage discussions with a number of groups to sell conditional market-based licenses for the technology in strategic locations, such as Germany and Asia. These agreements will be announced in due course.

A SIP OF GOOD NEWS, AT LEAST FOR COFFEE LOVERS

It's rare to find out that something you like is actually good for you. But today we can report that coffee really is. Here's the go... 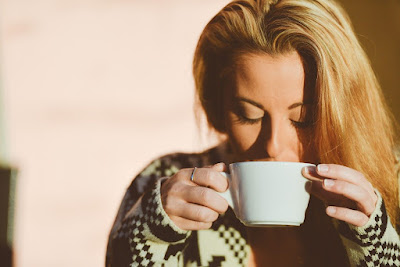